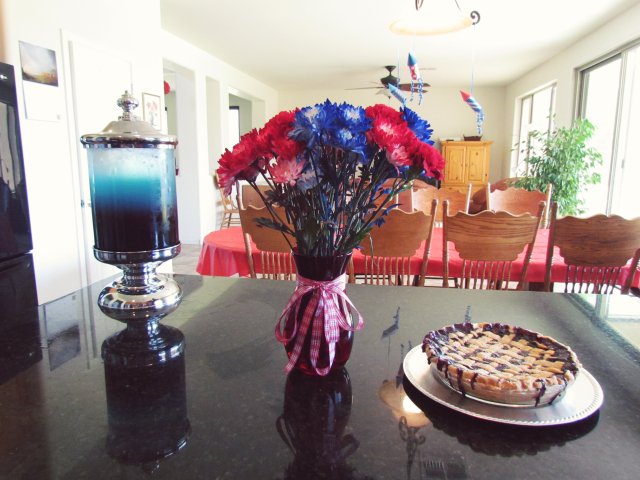 Although it poured for hours the night before, which was unexpected in this desert, it was sunny the day of the Fourth but also so very muggy, making it feel hotter than ever. To keep us cool we had a large red ice bucket of waterbottles, and we tried out this red, blue, and white drink that felt more like a science experiment, but it works! However, it’s not a real party in AZ without water playing a role, so I had graciously filled a cooler with water balloons earlier in the day and had it ready, plus we pulled out the slip n’ slide for the little ones as our after dinner activity. 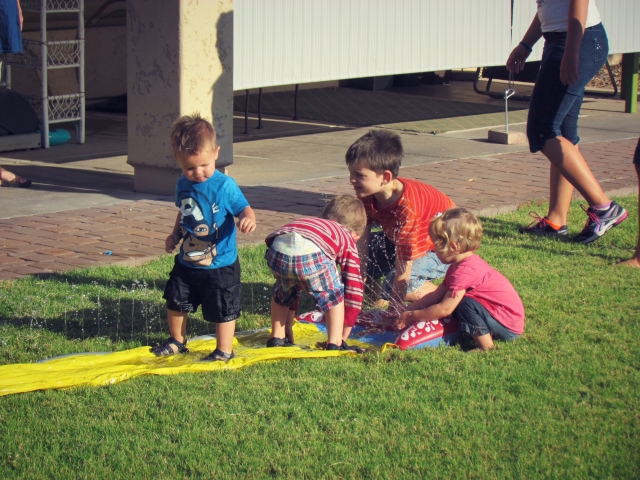 And with the kids outside we sent out their dessert to keep them occupied while they dried off. I got the idea to roll the ice cream sandwiches in sprinkles from here and using mini sandwiches was perfect for the little hands.

And with the kids’ dessert taken care of, the adults were ready to delve into these beauties.

I issued the challenge earlier in the week for all who dared compete that there would be a pie contest, with a blue ribbon up for grabs. We ended up with a blueberry, lemon meringue, peach, crack pie, and coconut cream. A wide selection that we cut into tiny slivers so we could try them all and cast our vote. 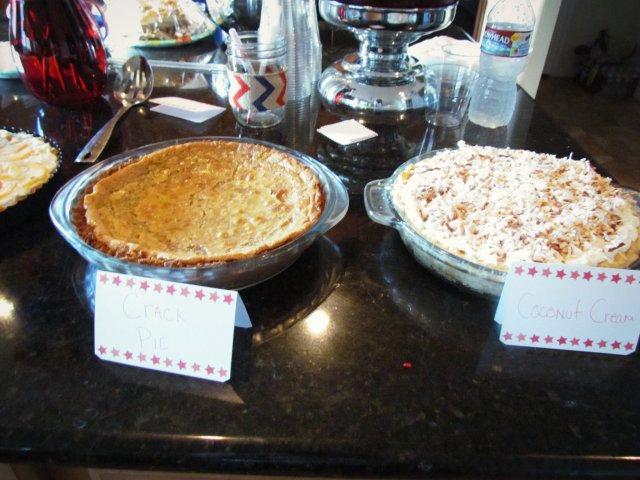 And they were all delicious, making it terribly difficult to vote for just one. In the end the the lemon meringue won first, crack pie (which reminded me of pecan pie, sans pecans), took second and the other three pies tied for third, so they were clearly all loved. Here were the ribbons I whipped together last minute after I couldn’t find any to buy.

With the pie settling in our stomachs we sent the kids back outside to try their hands at pinata smashing (a certain niece had a birthday on the first). Even Wallaby got in on the action with some help. Such concentration. Maybe he’s trying to activate his laser eyes?

And no one was to be left out of the spoils. This is always my favorite shot of any pinata. There are no boundaries when candy is involved.

Then there was a little lull where some of the younger kids were put to bed, Wallaby included, before were pulled out the sparklers.

Isn’t that just the best printable from here? We saved a few sparklers for Walt, but haven’t tried them with him yet, and while he slept the other kids went to town. That included The Grizzly Kid. 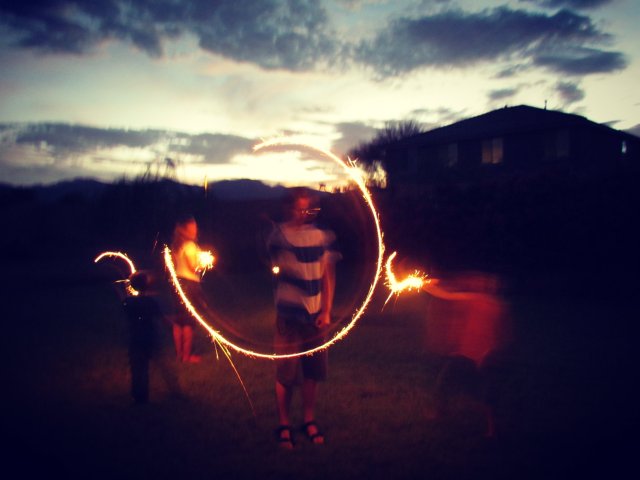 There were even a few fireworks in the backyard to end the day with. 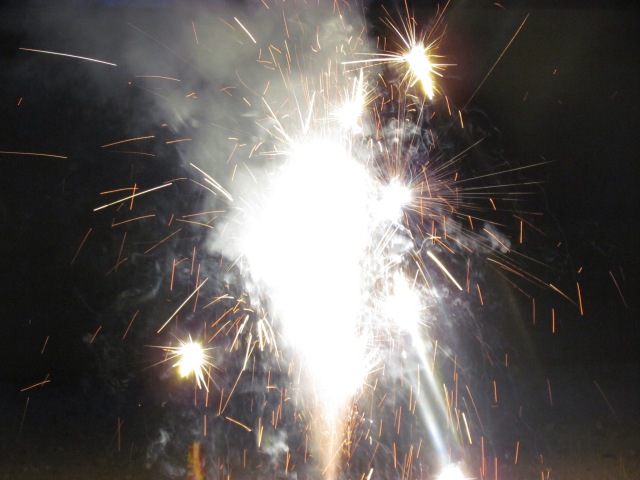 It was a very full and lovely day. And overall, with the help of the internet, it turned out to be a great success. I hope your day was memorable as well! And a grand thank you to those who have and do serve to keep our country free.

One thought on “Independence Day cont.”

Hello there. I'm Valerie and I'm glad you've dropped by!